“I do not agree with what you have to say, but I’ll defend to the death your right to say it.” — Voltaire

We are an independent digital news publication based out of Mumbai, India.

We started Local Press Co in June 2015 with a sole purpose of delivering palatable local news to a Mumbai-based audience. What makes us different than most, is our youth-centric approach to news, an editorial policy driven by objective analysis and on-ground reporting expertise.

Unlike traditional mediums, we don’t just rely on news gathered from reporters, agencies or syndicated feeds. Instead, we rely on people at the ground level, including citizens, for sourcing news that has local relevance.

Our Editorial team is led by a veteran journalist with almost 2 decades of experience, and backing him is our team of reporters that is on the ground and committed to uncovering the truth as it unfolds. Apart from our in-house team, we have a bunch of influential writers who are experts in their respective domains and voice their stories through us.

Our clearly defined goals ensure that rather than providing readers with everything under the sun, our team continues to stay focused on curating stories that are most relevant to our audience at a given point in time. With a strong regard for objective journalism, we strictly focus on fact-based reports that impact our reader’s day to day lives.

We have a lot of interesting new formats and announcements in store for you in the near future. So, stick around for a bit! 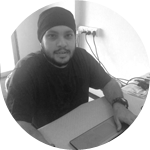 After working in the I.T space for over 8 years, Punit ventured into journalism by launching Local Press Co in 2015.The existing technology background might have helped in launching a digitally competent platform, but his tryst with journalism and sheer perseverance have kept us going.Punit strongly believes in ethical news reporting, a principle that has been a backbone of our value system and inculcated in everyone who has been a part of Local Press Co since its inception. 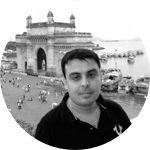 With 17+ years of reporting and editorial experience with established institutions like Asian Age, CNN International, Times NOW and NDTV among others, there are but a handful professionals that understand news and journalism like Dharmesh.As our advisor-cum-consulting editor, Dharmesh is the person who helps us cut through the clutter by ensuring that we stick to our core principles and continue delivering relevant updates.His plethora of experience, extensive industry knowledge and insight into presenting a story make him an integral part of what we do. 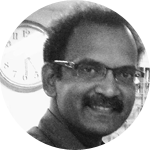 A railway enthusiast and journalist with over 20 years of experience, Rajendra is the utmost authority when it comes to Mumbai’s lifeline. Rajendra has also authored ‘Halt Station India’, a best-seller on romance and history of India’s 1st railway, launched by none other than the country’s Railway Minister Suresh Prabhu. 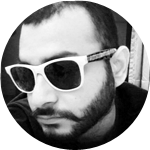 A founding member of team that launched Filmfare.com, Rahul worked with the country’s leading tabloid-sized magazine for 7 years before venturing into film and TV production. With an enviable following on Twitter and surreal connect with who’s who of Bollywood, Rahul is often responsible for our ‘exclusive’ Bollywood scoops. 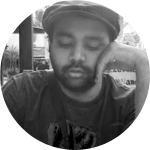 A journalist with over 12 years of reporting and desk experience, Qasim has worked with the best news publications from the industry including Times of India, Mid-Day, Afternoon DC and Free Press Journal. As one of the most influential political commentators in the city, Qasim is a regular contributor of political posts on our platform. 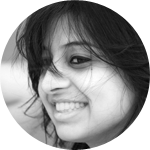 Neha is an active member of two NGOs from the city where she volunteers to educate underprivileged kids. When not busy working towards a better tomorrow, she can be found behind the lens of her camera. Neha often shares some heart warming stories about social causes.

If you would like to contribute articles to Local Press Co, send in your write-ups to editor[at]localpress.co!