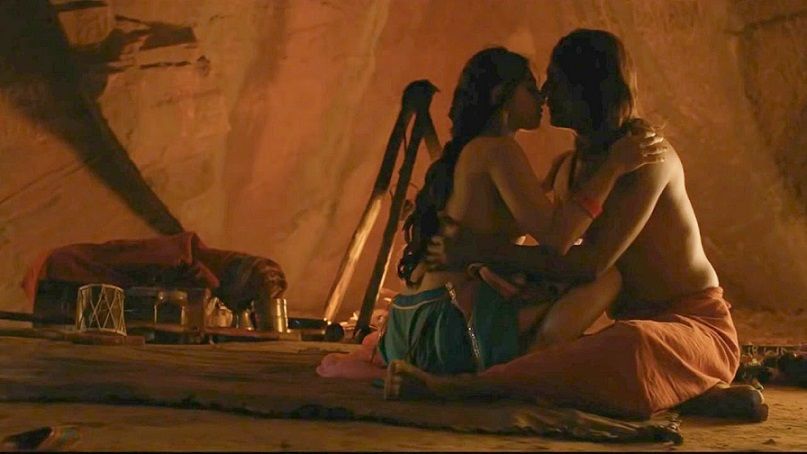 Producers of Radhika Apte’s film ‘Parched’ were in for a rude shock when they discovered that lovemaking scenes from the film had leaked on the internet prior to it’s India release.

The film, helmed by Leena Yadav, had garnered critical acclaim following its release in US and France. It has also won accolades at a number of International film festivals.

In Parched, Apte has one scene wherein her bare-back is shown and the other where there is some frontal nudity. For the film’s India release, the makers were going to blur out the scene with frontal nudity to avoid trouble with the censor board and keeping the nation’s sensibilities in mind.

But, before the film could even go the censor board for certification, the scene featuring frontal nudity has been leaked online and gone viral.

Producer Aseem Bajaj is mulling over approaching the cyber cell to file a complaint against the person responsible for leaking the scene on the internet.

While speaking to a leading daily, he said, “I don’t think the leak happened in India. The film has released in the US and France and it’s possible someone uploaded them from there. The scenes are not sensational or titillating in any way. But in our country, while rape videos are available freely, sex is still considered taboo, so we had planned to blur out the breasts. Radhika plays a woman who has been beaten up all her life and is yearning for a loving touch.”

The producer also went on to say that there was never any intention to ‘objectify’ the actress, adding “She’s like my sister, we did not set out to exploit her in any way. This kind of attitude stems from the way people view such scenes. I didn’t see men in the US and France `getting excited’. We haven’t sent the film to the Indian censors yet, but I am confident the CBFC will understand the thought behind them and agree that they are integral to the narrative. We are not ashamed of these scenes.”

The film revolves around the life of three women from Gujarat who shun age-old traditions.

Last year, another clip featuring Apte partially nude had gone viral. At the time, the ‘Phobia’ actress was shooting for a short film for director Anurag Kashyap. Even though a complaint was filed with the cyber cell concerning the leak, the person responsible for leaking the clip was never apprehended.