Home Local Over 45 students give Thane station a makeover

After the recently beautified Reay Road station, the next station to undergo beautification is the Central Railways’ Thane station.

Amongst the busiest stations on CR, commuters travelling via Thane will now have a visually appealing surroundings to look at while the wait for their next overcrowded train. All thanks to the college students of Social Unity Care Foundation.

The foundation had approached railway authorities to seek permission for painting murals across several platforms of the station. After getting a nod from the authorities, the students started work in the first week of April.

A number of murals, doodles and social messages have been drawn by the volunteers across the station’s ten platforms. The masterpiece, however, is the painting of the first passenger train that had plied between Boribunder and Thane in 1853 on April 16. 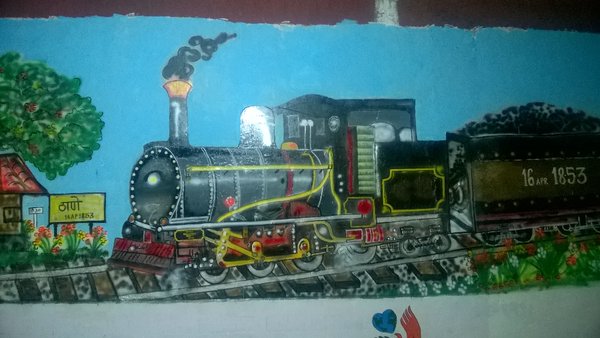