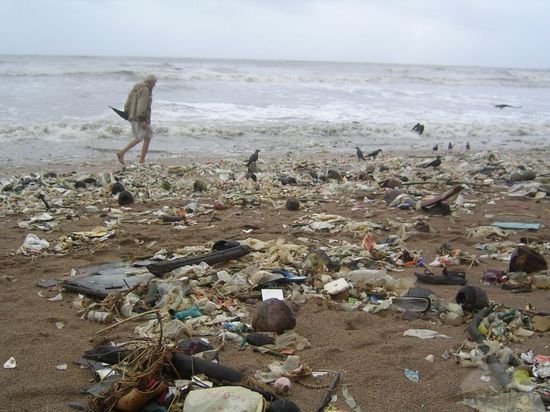 Tired of seeing their beach littered with trash, Versova residents, in a marathon clean-up exercise that started on Friday and ended yesterday evening, cleared as much as 22,500kg of garbage from the beach.

The initiative was taken by Versova Resident Volunteers, who started the campaign called Clean-Up Versova Rock Beach, and has been cleaning the beach every Sunday for the last 26 weeks.

Last week, the residents were shocked to find that suddenly there was a huge amount of trash and plastic waste on the beach that had got washed ashore from the sea.

Instead of asking the BMC to clear the mess, the group took upon itself and called for citizens’ participation for a massive clean-up drive. As the biggest hurdle was to pull out plastic and other trash stuck in several inches of sand, they even hired a “digger” to loosen up the top level of sand.

Along with 10 labourers, a BMC tractor and 60-odd volunteers, including locals, regular walkers and other citizen groups, the group collected 12,000 kg of trash on Friday and Saturday. As more people joined the drive on Sunday, another 10,500 kg of trash collected, taking the total tally of garbage collected by the group in 26 weeks to a mammoth 72,500 kg.

The group ensured that they weighed the trash after every clean-up, so that they could maintain a record and show it to the BMC to seek more involvement from their side.