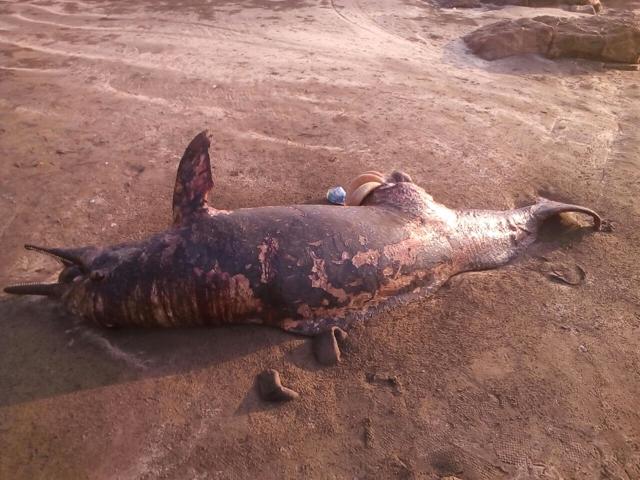 The carcass of a seven-foot long dolphin washed ashore at Gorai beach on Thursday afternoon. The mammal belonged to the species of humpback dolphins.

The carcass washed ashore around 3 pm and was first spotted by police officers who were patrolling the beach. The police immediately informed the forest department, who reached the spot by 4 pm.

The carcass was buried at Gorai beach in the evening.

This is the fourth incident of a mammal being washed ashore one of Mumbai’s beaches this year.