Home Local A tweet just got Anand Mahindra to shut down a fountain at... 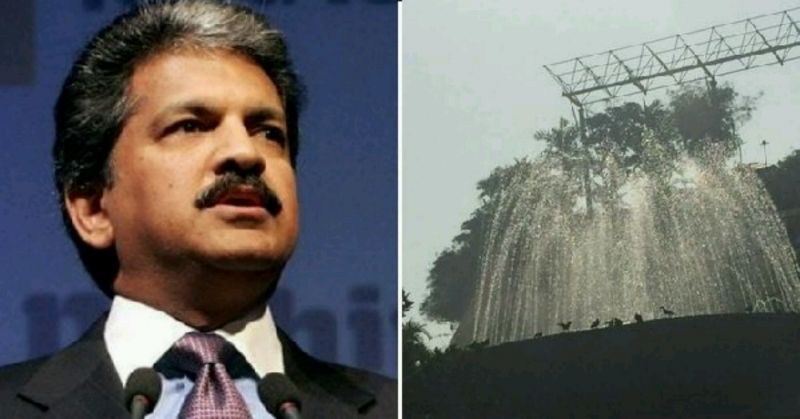 Popular micro-blogging platform Twitter is renowned for its celebrity users. And with millions of users across the globe, it’s got a unique distinction of being a platform where a common man can communicate, question or critique anything a celebrity does.

Needless to say, the ease with which one can ‘tweet’ also creates a problem for someone who’s popular. Anyone with over a few hundred thousand followers is inundated with hundreds of tweets every day. So, most tend to get ignored. This one, however, didn’t.

Recently Mahindra Group’s Managing Director Anand Mahindra got a tweet from a twitter user Rohit Talwalkar. In his tweet, Rohit had posted a picture of the fountain at Mahindra Towers on March 28, suggesting it be shut down given that large part of Maharashtra struggles with drought and water scarcity.

@anandmahindra fountain at mahindra towers at time of severe drought in Mah. Guess can be avoided pic.twitter.com/opQGT7TXXW

To his surprise, not only did his tweet get acknowledged by Anand Mahindra, but he also personally responded to him. What’s more, he agreed to take an action based on his request!

Within 24 hours of Mahindra’s response, the fountain was actually shut down.

On the flipside, while many thanked Rohit for getting the fountain shut, a few others felt that the fountain should have kept functional since it was helpful for birds during summers.