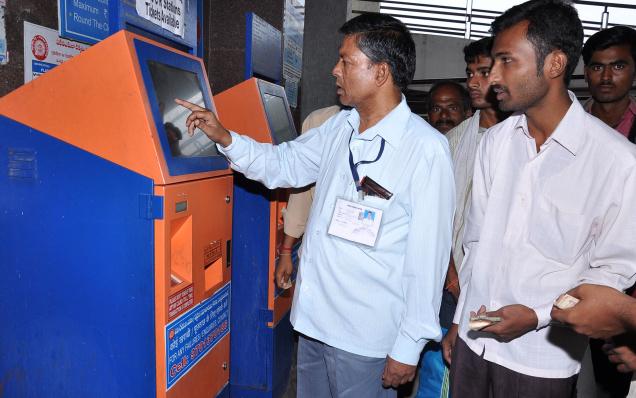 For the first time, Mumbai’s suburban Central Railways has seen a decline in the passenger queueus, thanks to smart card users.

Over the last 12 months, Central Railway has seen a consistent and significant rise in the number of smart card users. While many new commuters have adopted the option right from the beginning, a healthy percentage of regular commuters have also switched to smart cards.

According to CR data, the number of Automatic Ticket Vending Machine (ATVM) users has increased by 53.5 percent, while the number of ticket window users has come down by 14 percent.

The implementation of smart cards hasn’t been benficial for commuters alone. CR too has benefited in the form of 54.8 percent increase in profits.

CR Public Relations Officer, Narendra Patil, also claimed that the numbers are extremely encouraging and are likely to go up in the future.