After a weekend-long spell, torrential rains continued to lash the Mumbai Metropolitan Region on Monday morning, throwing normal life out of gear and inconveniencing millions.

Thousands of Mumbaikars who left home early in the morning today were either stranded or had to brace major delays as heavy rainfall disrupted most means of travel.

Traffic in most low-lying areas like Sion, Matunga, Kurla, Hindmata, Kalyan, Thane, Bhiwandi, Kalyan among others was affected due to severe waterlogging. Vehicular movement also had to be diverted due to waterlogging at Andheri Subway.

Means of reaching stations, bus stops or local markets became a struggle in areas like Thane and Virar where many roads were completely submerged in water.

Dozens of BEST buses were also diverted or cancelled a result of heavy rains.

Despite the best efforts of Western and Central Railway staff, the incessant downpour led to water clogged rail tracks, affecting the movement of some locals.

On WR, due to 180 mm above rail level, traffic on UP fast line at Nallasopara Station was stopped resulting in a delay of 15 to 20 minutes in local services and regulation of various Mumbai bound trains at/beyond Virar.

On CR, trains on all three lines were functional as of 10 am, albeit with delays ranging from 10 to 40 minutes. “Trains are still running, but with caution between Kalwa and Thane as a precautionary measure,” CR said.

While no flights were cancelled or delayed during the early morning hours, airlines like Jet Airways issued a waiver on penalties for date/flight change and refund on all confirmed tickets for flights operating to and from Mumbai today.

Vistara, on the other hand, urged passengers to take travel delays into consideration while reaching the airport.

Heavy rainfall to continue for next 24-48 hours

There has been little respite from rainfall, which began early morning today and is showing no sign of stopping. The moderate to heavy rains, however, are expected to become intermittent by afternoon. A high tide is also expected at 3 pm.

The rainfall can be attributed to two strong weather systems which are influencing the city’s weather condition.

Firstly, the offshore trough along the West Coast is active from South Gujarat to Konkan region. Secondly, the cyclonic circulation over the Bay of Bengal has now moved inland is seen over South Chhattisgarh, East Madhya Pradesh, and Vidarbha region.

The presence of both systems has led to the formation of a convergence zone over Maharashtra, resulting in an infusion of fresh monsoon.

Indian Meteorological Department too has warned of heavy to very heavy rain over the Konkan region and Goa for the next 48 hours.

# Precautionary holiday declared for schools and colleges across the city in wake of heavy rainfall.

# Deadline for FYJC round one admission pushed by a day, from July 9 to July 10.

# 13 bus routes diverted due to waterlogging at several areas.

# Scores of Mumbai police officials deployed in the city for safety. Many seen lending a hand to distressed and stranded pedestrians.

# CR services operational on all three lines. Slow movement on main line between Kalwa and Thane station in wake of excess waterlogging.

# Part of safety wall collapsed on the track near Sandhurst Road station, swiftly removed by a team of MCGM, Railway and MHADA officials. Temporary suspension put in place due to debris on tracks, now removed.

#WR services operational with a delay of 10-15 minutes.

# Suburban services started from Nalasopara at 11.30 am after water level came down from 180 mm to 130 mm on UP fast line. Long-distance trains, however, are being passed from UP slow line from Virar to Vasai Road in view of Safety.

Visuals from across the city 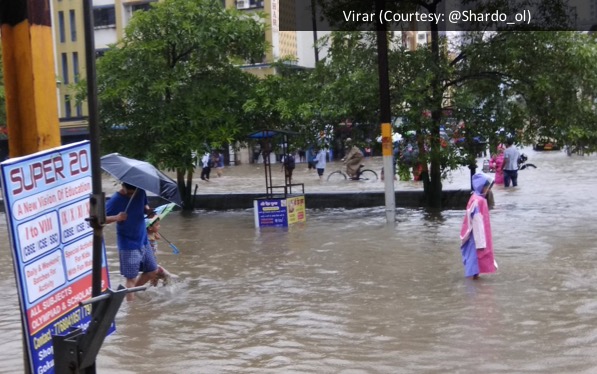 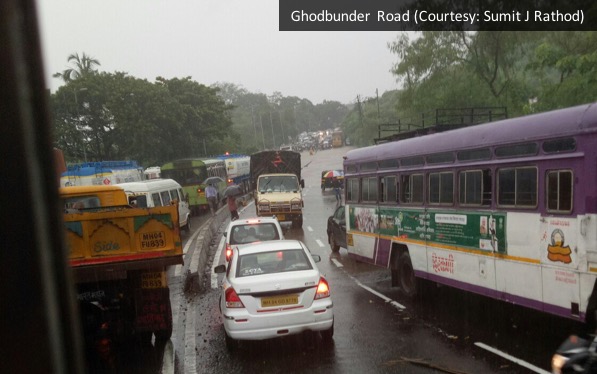 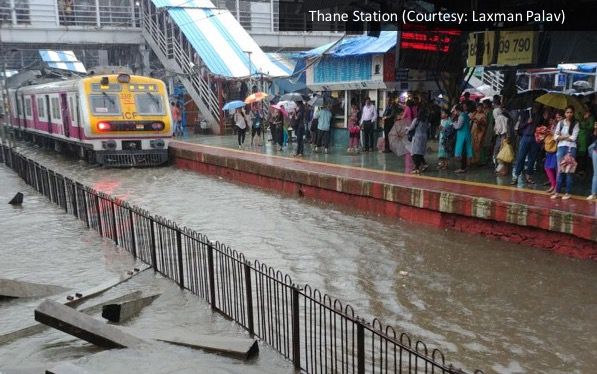 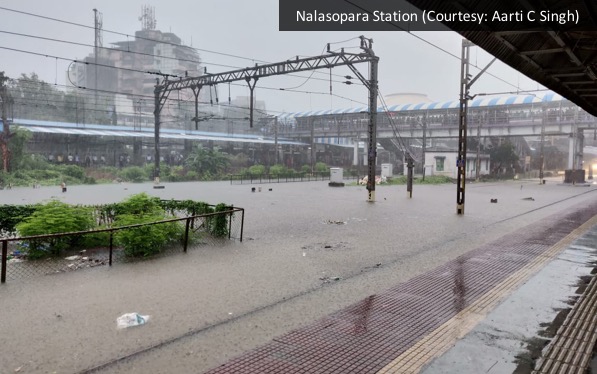 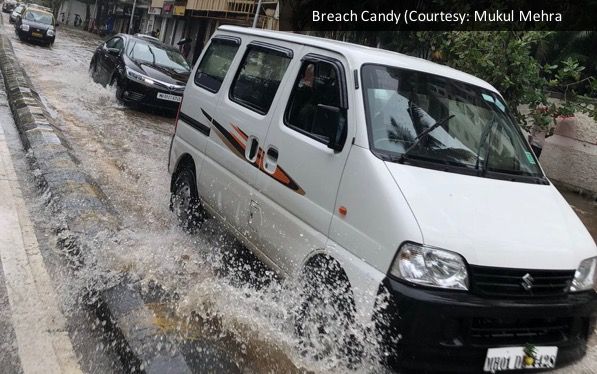 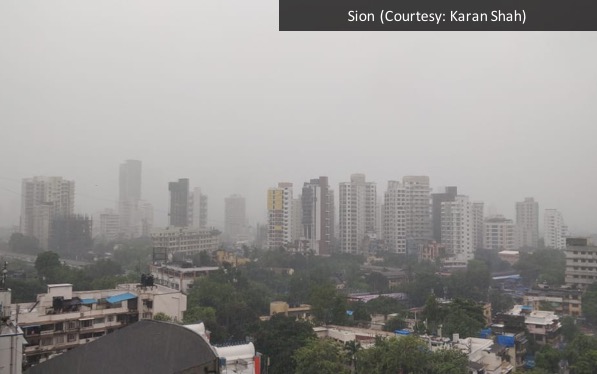