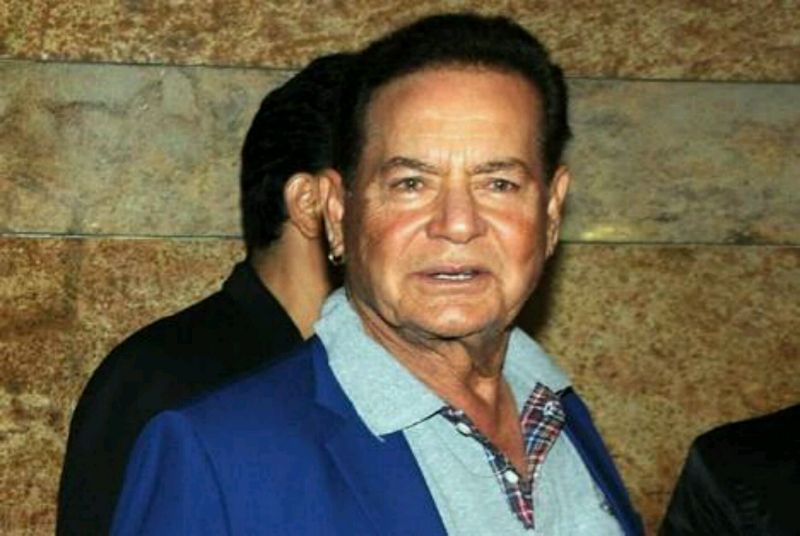 After ‘Flying Sikh’ Mikha Singh suggested that the unprecedented appointment of superstar Salman Khan as goodwill ambassador of the Indian Olympic contingent be revised, father of the Bhaijaan of Bollywood Salim Khan lost his cool yesterday and took to Twitter to defend his son.

The veteran scriptwriter wrote on the micro blogging site, “Salman Khan may not have competed but is an A level swimmer cyclist and weight lifter (sic)… Sportsmen are performing because of sports lovers like us.”

Not stopping at that, Salim Khan suggested that Milkha Singh should not target the film industry since it was because of Bollywood that he was back in the public eye after blockbuster Bhaag Milkha Bhaag was made on his life.

What’s more, Salim Khan took a dig at Milkha Singh during a television interview where he said that many sportsmen who fade away with time are revived via films. “Sometimes we feel ashamed of the fact that we were unaware of such sportsmen in our country after watching the films made on them,” he said.

The legendary sprinter was upset with the appointment of a 50-year-old actor over a sportsperson and had on Sunday opined that it would have been better to pick a sportsperson in his place.

Now it is to be seen if the Flying Sikh takes Salim Khan’s comments lying down, or takes on him and gives him a befitting reply.