When the RTO gave permissions to start share-a-taxi stands outside major railway stations in the city in 2010, the decision was graced by Mumbaikars with open arms.

However, in the past six years, several illegal taxi stands have mushroomed across the city, thereby adding to the woes of commuters and motorists. These taxi stands are used as a parking space by taxi owners who encroach upon the road restricting public and vehicular traffic movement.

One such taxi stand has come up outside Wadala Road railway station, which is managed by Sangam Nagar Share-a-Taxi Union. The stand has encroached upon both South-bound roads towards Sewri. Besides, the union has put up a board that resembles the one put up by the RTO to ensure that the stand looks legitimate. 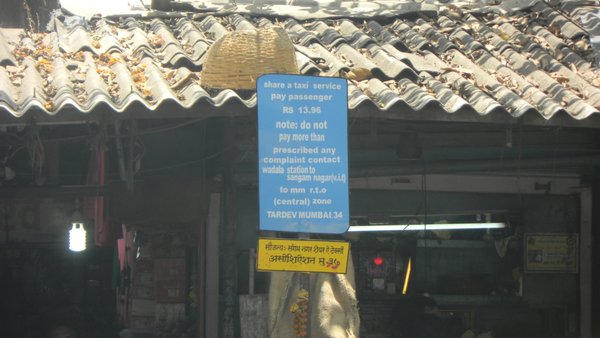 The inconvenience faced by commuters have reached to an extent that people have started complaining about in on the micro-blogging site Twitter. One such user, Sneha Sneh, approached Local Press Co expecting that if covered by the media, the authorities would wake up and put an end to the menace.