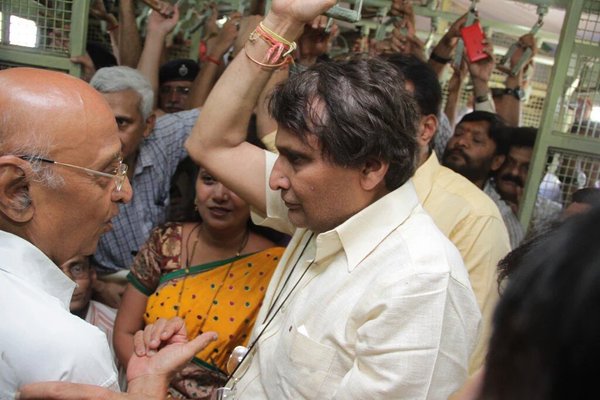 It’s not everyday that the Railway Minister travels in a crowded local train on purpose to interact with commuters.

So commuters were in for a pleasant surprise when they saw Railway Minister Suresh Prabhu boarding a local train from Central Railway’s Currey Road station today morning.

Prabhu, who is in the city to attend the centenary celebration of Matunga carshed, boarded the crowded local from Currey Road station along with Mumbai Mayor Snehal Ambekar.

Surrounded by a team of ten police officers, Prabhu interacted with the commuters in a bid to get their feedback and understand the problems faced by daily commuters. He specifically asked if commuters had any feedback on the recently introduced rakes with 2×2 seating.

After a 7 km ride, both Prabhu and Ambekar got down at Chhatrapati Shivaji Terminus. 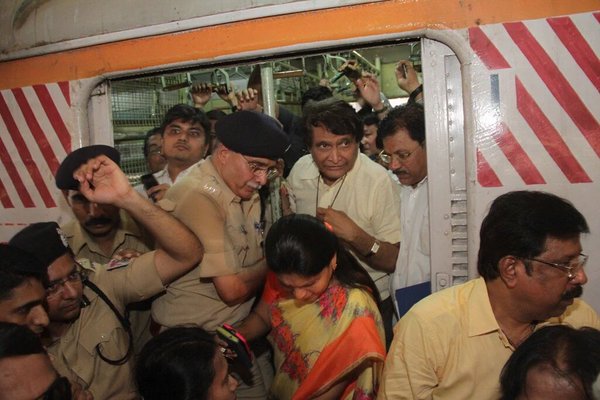