Home Mumbai Oh my George! Is this really Chhagan Bhujbal? 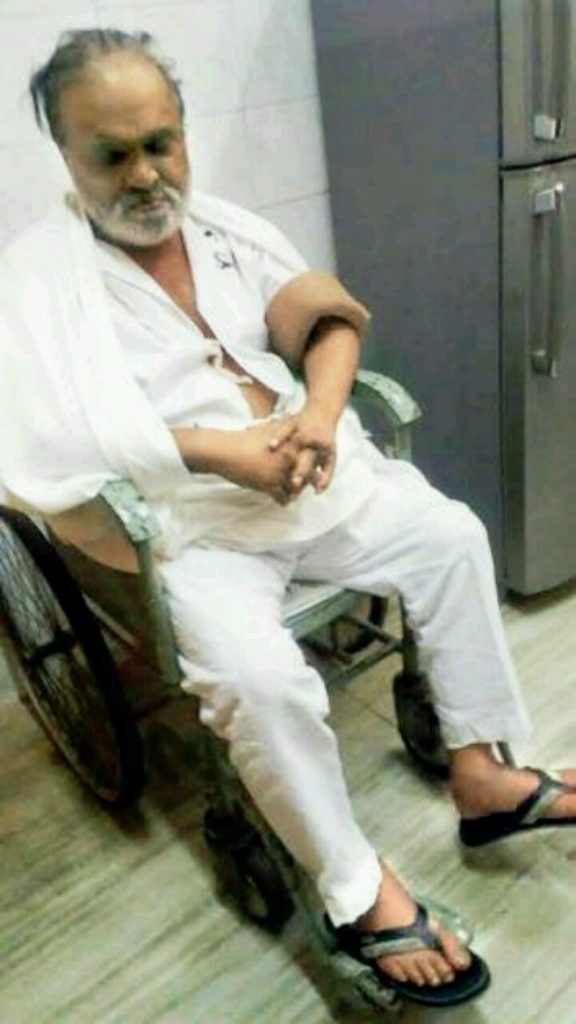 In a very unlike Bhujbal snap – the senior leader loves to wear good clothes and keeps himself well-groomed – second most powerful leader in the state till a couple of years ago is seen sitting on a wheelchair and awaiting his turn for a CT scan at St. George’s Hospital.

Sources say Bhujbal, who is a diabetic and is also suffering from high blood pressure, has lost 10 kg since his arrest in a money laundering case on March 14.

The 68-year-old leader was admitted to St George’s Hospital last Monday. He will be taken for a dental check-up today, after which he could be discharged and sent back to the Arthur Road Jail.