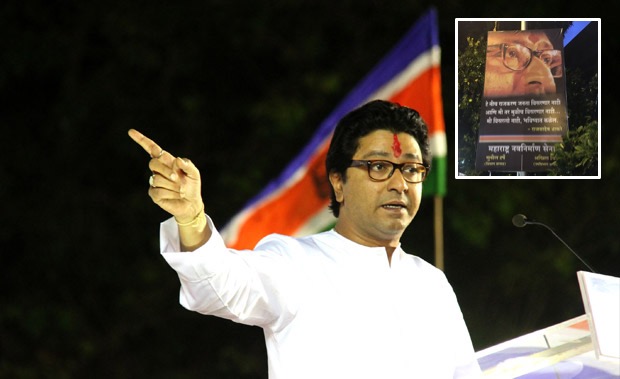 A day after six MNS corporators in the BMC defected to rival Shiv Sena, Raj Thackeray alleged that the Uddhav’s party paid Rs 5 crore each to get them to switch sides.

Raj, who formed his party after leaving Sena in 2006, stated that he had chosen to part ways with his late uncle Bal Thackeray’s party because of similar ‘dirty politics’ that were in play today.

The BJP, the second largest party in the Sena-controlled BMC, had also accused the Sena of indulging in “horse trading” in the wake of the defection.

However, Uddhav Thackeray had termed the entry of MNS corporators to his party as “ghar wapsi”, given that they were part of the Sena before breaking away with Raj Thackeray in 2006.

“Each MNS corporator has received Rs 5 crore from the Shiv Sena. It is a very low level of politics and I will never forget it,” Raj Thackeray told reporters.

After Friday’s development, the MNS, which once projected itself as a strong alternative to the Sena by playing the aggressive politics on the son-of-soil issue, is left with just a single corporator in the BMC.

The party had 27 corporators after the 2012 elections. The number dwindled to seven in the BMC polls held earlier this year.

The Raj Thackeray-led party is now struggling to secure its registration as a political party and the space given by the BMC administration to the party in its headquarters in south Mumbai.

Trying to put up a brave force, the MNS chief said the corporators could have left the party with pride instead of “accepting money”.

Meanwhile, posters expressing Raj’s angst against his cousin’s alleged betrayal and a promise to even the score have started surfacing throughout the city.

The six corporators joined the Sena a day after the BJP won a civic bypoll in Mumbai by defeating the Sena candidate in Bhandup. In the wake of the victory, BJP leader Kirit Somaiya had said the BJP would soon reach a majority install its Mayor in Mumbai.

However, by welcoming MNS corporators into the fold, Uddhav has consolidated his position in the 227-member BMC and denied any chance to the BJP to match or surpass it’s tally.