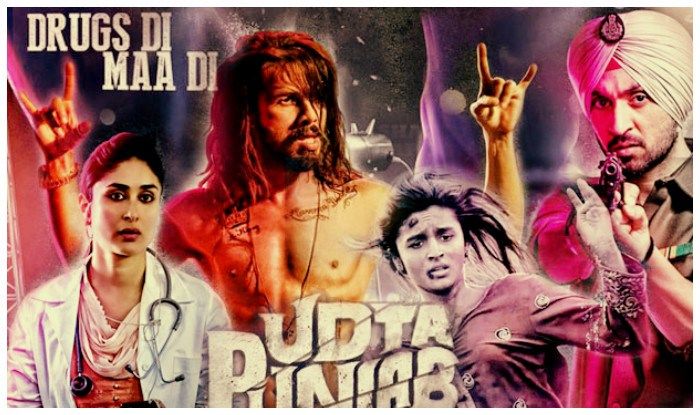 Two days before the scheduled release of the controversial film ‘Udta Punjab’, hundreds of users have got their hands on the film’s pirated copy.

The copy bears the watermark of the censor board and has a run time of 2 hours 28 minutes. Moreover, since the copy was sent to the board for certification, it contains all scenes that the CBFC had objected to.

The pirated copy was leaked on torrent sites on Wednesday afternoon, but makers were able to get the copy removed from most sites within hours. Sites which had hosted the copy are now displaying the message ‘video removed due to copyright complaint’.

The film was shrouded in controversy since it was sent to censor board for certification. The board initially asked for 89 cuts, but the revising committee brought it down to 13 after giving it an ‘A’ certificate. Unfazed by the Censor Board’s directive, the makers challenged the cuts and moved Bombay HC last week.

Eventually, the makers got respite from the Bombay HC who allowed the film to release with just one cut and three disclaimers.

While, there is no saying how many people have got their hands on the pirated copy of the film, the number is likely to increase considering the hype around the film’s release. Meanwhile, the makers have filed a complaint with the cyber cell.

Helmed by Abhishek Chaubey, Udta Punjab is a film based on rampant drug abuse in the state of Punjab. The highly-anticipated crime drama features Shahid Kapoor, Alia Bhatt, Diljit Dosanjh, Kareena Kapoor Khan in the lead roles and is slated for a June 17 release.